A Digital “Fedcoin” May Be Coming… And It Would Be Terrifying 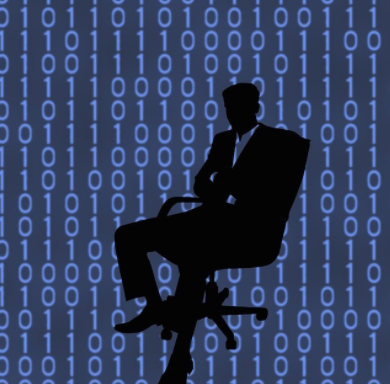 Cryptocurrencies are based on blockchain technology that allows for de-centralized peer-to-peer transactions to take place outside the government-controlled banking system.

Backers of cryptocurrencies such as Bitcoin tout their privacy advantages and resistance to inflation due to their strictly limited quantities.

But what if this free-market innovation were co-opted to achieve opposite ends – centralized tracking of every transaction with no possibility of escaping digital devaluations?

That’s what some central bankers are ultimately aiming for by replacing paper cash with their own digitized, monopolized currencies.

Not surprisingly, authoritarian regimes such as Venezuela and China are leading the way in rolling out their own cryptocurrencies. But the U.S. may not be far behind.

Consider what Federal Reserve Governor Lael Brainard said at a recent conference hosted by Stanford University: “By transforming payments, digitalization has the potential to deliver greater value and convenience at lower cost.”

These are selling points for Bitcoin. But Brainard clearly isn’t a fan of this and other cryptos gaining wider use in the free-market. “Some of the new players are outside the financial system’s regulatory guardrails, and their new currencies could pose challenges in areas such as illicit finance, privacy, financial stability and monetary policy transmission,” she said.

Brainard noted that the Federal Reserve is “conducting research and experimentation related to distributed ledger technologies and their potential use case for digital currencies, including the potential for a CBDC (central bank digital currency).”

During testimony before Congress earlier this month, Powell noted that “every major central bank is currently taking a deep look” at cryptocurrencies, adding, “I think it’s very much incumbent on us and other central banks to understand the costs and benefits and trade-offs associated with a possible digital currency.”

“Having a single government currency at the heart of the financial system is something that has served us well. It’s a very, very basic thing, it really hasn’t been in question, and I think before we move away from that, we should really understand what we’re doing. Preserving the centrality of a central, widely accepted currency that is accepted and trusted is an enormously important thing.”

Venezuela issued a digital currency called the “petro” in early 2018 – primarily as a way of getting around U.S. sanctions. It is purportedly backed one-for-one by barrels of oil.

But the petro also circulates at a fixed exchange rate with the Venezuelan bolívar, giving officials the ability to devalue it at will.

The Venezuelan regime may ultimately seek to push its citizens out of physical bolívars entirely and into digital petros exclusively.

“The petro makes it much easier to monitor transactions — and punish those conducting transactions inconsistent with the prevailing government’s objectives,” explains William J. Luther of the American Institution for Economic Research. “By requiring petro use, the Maduro regime tightens its grip on power.

China’s central bank, meanwhile, is actively pursuing digital currency as a way of enforcing its “social credit score” system on its populace.

Even as Chinese authorities have banned most cryptocurrency mining and trading, they have invested heavily in centralized cryptocurrency infrastructure. China has reportedly filed 84 patents in pursuit of a new electronic currency payments system.

How to Break Free from the Brave New Digital Currency World

In the event that the decentralized cryptocurrency dream turns into a centralized Fedcoin nightmare, what can individuals do to maintain some measure of financial privacy?

Since all Bitcoin transactions are already recorded on a ledger, it would be technically feasible for the government to track them back to exchanges and demand they release user data.

Worse, if all cryptocurrencies are some day banned, individuals would assume great legal risks by holding wealth in black market cryptos.

Security risks and the proliferation of cryptocurrency scams are also threats to the financial privacy and security of crypto holders.

Last week, a California man pleaded guilty to bilking nearly $150 million out of thousands of people worldwide through a digital currency scheme.

The scheme centered around a phony digital currency called GemCoin. It was pitched as being backed by precious gemstones. But the so-called GemCoins were ultimately backed by nothing but fraudulent promises.

Some digital coins claim to be backed by gold or silver. Even when they are legitimate, these types of vehicles should still be regarded as entailing many of the risks of cryptocurrencies in general.

No digital instrument can replicate the properties of physical coins. Gold and silver coins, bars, and roundsyou can actually hold in your hand carry no counter-party risk and no risk of being stolen through cyber attacks.

Moreover, while the number of cryptocurrencies that could be launched into existence is unlimited, the amount of precious metal that can be mined from the earth is finite.

Hard money may lack the convenience of digital currency when it comes to transferring funds over the internet. But most people who hold gold and silver coins do so for long-term offline wealth preservation and true independence from the financial system.

by: Stefan Gleason for Money Metals