5 Important Lessons Absolutely No One Will Learn From Iowa 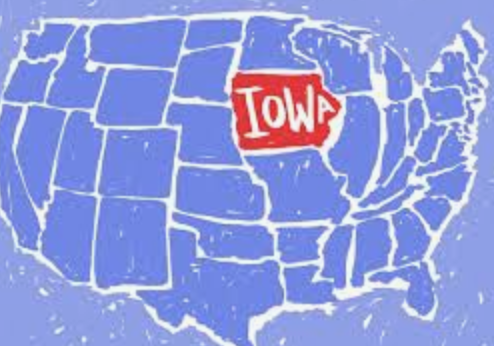 In case you missed this week’s insanity in Iowa (and if you did, good for you!), here is the entire debacle in one ridiculously long run-on sentence:

The Iowa Democratic Party thought it would be a really swell idea to set the tone of the Democratic primary season by using their first-in-the-nation, widely touted, closely watched caucuses as a testing ground for a new election result reporting app called Shadow created by a shadowy organization called Acronym.

Funded by a Silicon Valley billionaire known for online false flag operations in American elections and staffed by old hands of the Obama and Clinton campaigns, and which “glitched” (because of course) leading to “irregularities” in reporting and an overnight delay as the results were manually re-tabulated (giving the internet peanut gallery a chance to marvel at the Iowa Democrats’ version of a coin toss).

Eventually, to the declaration (in spite of massive lingering inconsistencies in the data) that, in complete opposition to all polling so far, Pete “#MayorCheat” Buttigieg was in fact the Iowan people’s choice for the Democratic presidential nominee . . . at least until they learned basic biographical details about him.

Or, more simply: the Iowa Democratic caucuses was a sh*tshow this year. It’s almost enough to make me feel sorry for all those credulous souls who still believe in the holy sacrament of voting.

Although no one—not even the most fluoride-addled, election-participating statist—can deny that this past week has been a failure of epic proportions, we should not lose sight of the fact that this fiasco can also be instructive.

So, allow me to present five important lessons from the Iowa caucuses that (*SIGH*) absolutely no one will learn.