4 reasons the corporate pension is on its deathbed 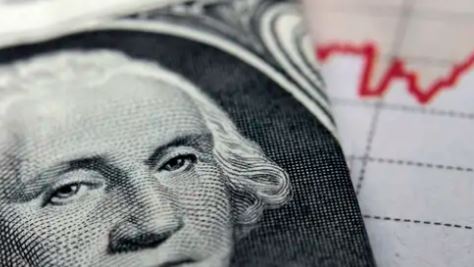 General Electric’s move to significantly lower its pension liabilities is simply the latest in a sweeping corporate pivot away from guaranteed retirement benefits.

GE on Monday announced that it would offer lump-sum pension buyouts to about 100,000 former U.S. employees who have not yet begun receiving their pensions.

The company, which has been facing pressure to bolster its finances, also announced plans to freeze pension benefits for about 20,700 salaried pensioners at current levels.

Taken together, the moves illustrate how corporate America has largely ditched pensions, which are swiftly becoming a thing of the past for active employees who don’t work for the government.

“In the bigger picture, GE is just going the way that most of the private sector in the United States has gone,” said Alicia Munnell, director of the Center for Retirement Research at Boston College. “It’s really over in the private sector. The question is just when does the last plan close down?”

The number of pension plans offering defined benefits – which means the payouts are guaranteed – plummeted by about 73% from 1986 to 2016, according to the Department of Labor’s Employee Benefits Security Administration.

1. Pensions are seen as expensive, risky

Defined-benefit pension plans are viewed as expensive and risky to maintain: Corporations are making promises to pay out benefits for decades but may not be able to guarantee their own financial success for the same period of time. If they fall on hard times, pension promises can become burdensome.

As a result, they have largely shifted investment risk to individual workers. Instead of managing investments on behalf of employees in the form of corporate pension funds, companies have formed defined-contribution plans like 401(k)s, which typically require tax-free withdrawals from people’s paychecks.

If the worker’s money is invested successfully, the payoff can be lucrative. But if the investments sour or the market tanks, workers, not the company, are on the hook for finding additional income.

“A pension is a promise to pay monthly benefits for as long as the employee lives after retirement,” Munnell said. “For employers, a system where they bear all the costs and all the risks is not appealing.”Get the The Daily Money newsletter in your inbox.

A collection of articles to help you manage your finances like a pro.Delivery: Mon – FriYour Email

As private-sector unions have withered, so have private-sector pensions. Unions have historically championed defined-benefit pensions for their members. For example, the United Auto Workers union is currently bargaining for improved pension benefits as it continues a strike against General Motors.

But the percentage of American private-sector workers in a union was only 6.4% in 2018, compared with 33.9% in the public sector, according to the Department of Labor’s Bureau of Labor Statistics.

The nation’s overall unionized rate of 10.5%, which includes public workers, is down from its all-time high of 20.1% in 1983, the first year comparable BLS figures are available.

A series of tax law changes in recent decades has enabled the rise of defined-contribution plans like 401(k)s.

Until the 1980s, this was not a normal employee benefit. Today it is. More than 100 million people have 401(k)-style benefits, according to the Department of Labor.

Critics say it’s not enough. The Economic Policy Institute says 401(k)s are a “poor substitute” for defined-benefit pensions, in part because many people simply aren’t saving enough and small businesses are less likely than large companies to offer them.

But advocates say the defined-contribution approach gives workers more control over their money and they point out that defined-benefit pensions are vulnerable to corporate bankruptcy, mismanagement, and corruption.

Also, in the modern economy, many workers prize the ability to move from company to company, instead of accruing benefits at a single employer. That emphasis on mobility tends to favor 401(k)-style plans.

“It’s really only the older companies that have residual defined-benefit plans,” Munnell said.

4. Public companies are under pressure to reduce pension debt

As public companies face pressure to deliver positive quarterly earnings, one area they often seek to improve is their general liabilities. That can involve slashing debt to earn a better credit rating, which typically makes it cheaper to borrow or win over investors.

“This move shows that GE is looking to pull any and all levers to restore its financial health,” CFRA Research stock analyst Jim Corridore said in a research note.

The major ratings agencies often praise companies for reducing their pension liabilities. And despite the pivot away from defined-benefit plans, corporations still owe a lot.

The top 100 private plans alone owe their workers $1.66 trillion, according to actuarial firm Milliman. In other words, while most active employees won’t be getting a pension, the legacy of America’s pension system will live on for decades.