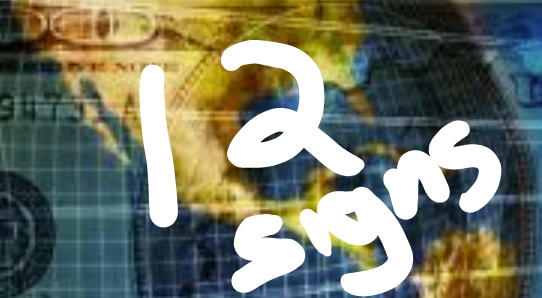 Lost in all of the headlines about Iran and impeachment is the fact that the U.S. economic slowdown which began during the latter stages of last year appears to be accelerating.  The final numbers which will tell us if we are officially in a recession at this moment won’t be released until months from now, but for millions upon millions of Americans it definitely feels like one has already started.

But before we get to that, let’s talk about what is happening in the real economy.

#1 The U.S. Manufacturing Purchasing Managers Index has been in contraction for 5 months in a row, and it is now at the lowest level we have seen since June 2009.

#2 Last month, manufacturing employment fell at the fastest pace we have seen since August 2009.

#3 Last month, new manufacturing orders fell at the fastest pace we have seen since April 2009.

#4 Chicago PMI has been contracting for 4 months in a row.

#6 Borden Dairy, one of the largest dairy companies in the entire world, declared bankruptcy just a few days ago.

#7 Earlier this month, the Baltic Dry Index had its worst day in 6 years.

#8 Overall, the decline in the Baltic Dry Index this month is the largest that we have seen since 2008.

#9 The auto recession just continues to get even worse.  Thanks to the substantial slowdown we witnessed during the second half of 2019, the total number of cars and trucks sold in the United States during all of 2019 was actually below the level that we witnessed back in 2000 when our population was significantly smaller.

#11 Macy’s just announced that they will be closing 28 stores.

#12 To start the year, AT&T is laying off thousands of workers, and according to Robert Reich those being laid off “will have to train their foreign replacements“.

Of course many of the “experts” continue to assure us that everything will be just fine.

In fact, one panel of “experts” recently came to the conclusion that there is “almost no chance of a recession this year”.

That would be absolutely wonderful news if it was true.

Sadly, the numbers that I just shared with you tell a completely different story.  They tell the story of an economy that is most definitely heading for a recession.

And according to John Williams of shadowstats.com, if the government was using honest numbers they would show that we are actually in a recession right now.

But what about the stock market?

Shouldn’t the fact that stock prices have been soaring be seen as an optimistic sign?

Well, there have been a few other stock bubbles of this nature throughout our history, and all of them have ended very badly.

In 1929, stock prices were at an all-time record high and it seemed like the economic good times would never end.

But then the stock market crashed and we plummeted into the Great Depression of the 1930s.

In 2000, the dotcom bubble pushed stock prices to absolutely absurd heights, but then stock prices quickly collapsed when the bubble burst and the U.S. economy fell into a very painful recession.

During the years leading up to 2008, stock prices once again rose to dizzying levels and it seemed like the party would last indefinitely.

But then the financial crisis struck, and the Great Recession of 2008 and 2009 was the most excruciating economic downturn our nation has experienced since the 1930s.

Unfortunately, we are even more primed for a stock market crash now than we were in any of the previous examples that I just shared.

So how do I know this?

Well, for one thing P/E ratios have become ridiculously inflated.  The following comes from Marketwatch…

Indeed stocks are overvalued according to the popular measure of price-to-earnings (P/E) — which compares the price of one share of stock to one year of per-share earnings relative to recent history. The S&P 500 index SPX, -0.29% is trading at 18.6 times forward earnings, according to FactSet data, above the average ratio of 16.7 during the past five years and 14.9 over the past ten.

In addition, price-to-sales ratios for the S&P 500 are now at the highest level in all of U.S. history…

The above chart, from Ned Davis Research, shows that price relative to sales for the S&P 500 is at a record high, “well in excess of what they were in 2000 or 2007 at those peaks,” wrote Ned Davis in a Wednesday note to clients.

Other measures, like the median price to earnings ratio — which exclude the skewed effects of very profitable and very unprofitable companies — shows the S&P 500 overvalued by nearly 30% versus the typical valuation level seen since 1964.

In other words, in the entire history of the United States stock prices have never been more overvalued than they are at this moment.

And every other time we have seen stock price ratios get this high, an absolutely horrifying stock market crash has followed.

The optimists are insisting that things will somehow turn out differently this time.

They assure us that everything is under control and that very bright days are ahead.

You can believe them if you want, but every indicator is pointing in the opposite direction.